What I Learned When I Was Dying 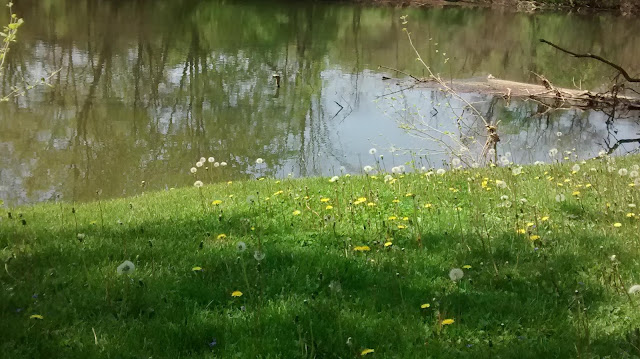 I had been keeping an eye on the spot for weeks.  I thought it was a bug bite.  I thought it would go away.  But it didn’t.  Finally, on the first free morning I had, the morning I was set to go on silent retreat, I googled my symptoms and found out I was dying.

Well, I’m not dying (I repeat: NOT DYING), but that morning, based on what I read online, death suddenly seemed like a plausible possibility.  Not only was my symptom a possible sign of something bad, it was a symptom of something very bad.  I called my Dr and made an appointment for the following day.  I called back again and said I’d be more than happy to come in that very day if they happened to have a cancellation.

Then, with nothing more to do, I left for my scheduled retreat, for six hours of silence and solitude with the news of my own impending death tagging along, an unwelcome, nagging companion.

My husband and I recently learned about an app called WeCroak which sends users a text, five times a day, with a simple reminder, “Don’t forget, you’re going to die.”  The text arrives at random intervals (like death) and keeps things simple, clear, and direct.

My husband learned about it through a counselor, discussing humanity’s fear of death as a source of generalized anxiety.  I heard about it from my Spiritual Director after sharing about my silent retreat.  “These kinds of experiences can help us wake up,” she said.

One would think a silent retreat, with death as your companion, would be The. Worst.  But, it wasn’t.

After driving to the tiny house in the woods, I sat in the kitchenette drinking tea.  Surrounded by windows, I watched bees flitting from plant to plant.  Upstairs, later, I rocked in a cushioned chair, reading Richard Foster’s, “Freedom of Simplicity.”  When reading grew tiresome, I stared out another set of windows and watched witless carpenter bees droning in lazy, senseless circles.  I took a nap, half-wrapped in a downy quilt, while the sun shone down on me.  I woke to a stink bug landing too near my face.

Don’t get me wrong, I was distracted.  I fought back tears from time to time and found it nearly impossible to focus on my original intentions for the day.  I spiraled into moments of worry and anxiety.

I thought about my kids and what would happen to them if something happened to me.  I want to say my concerns were selfless, but they weren’t.  I mourned my loss of influence in their lives, the things I would not get to see.  I realized, I will not last the test of time.  Which is to say, I will die, and the world will go on without me.   There isn’t really a single thing I can invest in that will last; as Theresa of Avila said in her famous bookmark prayer, “All things are passing away.”

Except, that is, for love.

Later in the day, I ate my lunch sitting in an old Adirondack chair near a wide and lazy creek.  The surface of the water hardly seemed to move at all.  If I shifted my focus, I could see long fish swimming loops along the muddy floor.  Dandelions, with heads gone white like old lady’s hair, stood along the edge of the water, bearing witness, I thought, to its passage.

Those dandelions are, I’m sure, gone today.  But the creek remains.

It seems to me, that love must be something like that stream – constant, slow, enduring, and we are like those fading flowers on the shore.  In which case, the only sane thing to do is cast ourselves, wholeheartedly, into love’s great stream, to become – with heart, soul, and mind – part of the love that never fails.

This is what death told me last week, when I allowed it to draw near via a googled symptom and online self-diagnosis.  Maybe others might learn the same by answering death’s texts five times a day for months on end.  The apostle Paul, who had his own travels with death as a companion, tells us the same, “now faith, hope, and love abide, these three; and the greatest of these is love.” (I Cor 13:13)

Death’s message was clarifying and simple.  It put my world, which I thought had been tipped on its head, right-side-up again.  It brought my feet closer to solid ground, which is to say, it gave me level footing in the land of acceptance.

I did not make peace with death over the course of six silent hours spent in the woods on a sunny Wednesday in early May.  I’m not that naive.  But I did catch a glimmer of a gift hiding in death’s hand, enough to make me understand what we lose living in a time and place where death is treated as an inconvenient truth, a reality best avoided at all costs.

You can read more about the WeCroak App in this article in The Atlantic.  Let me know if you try it out!