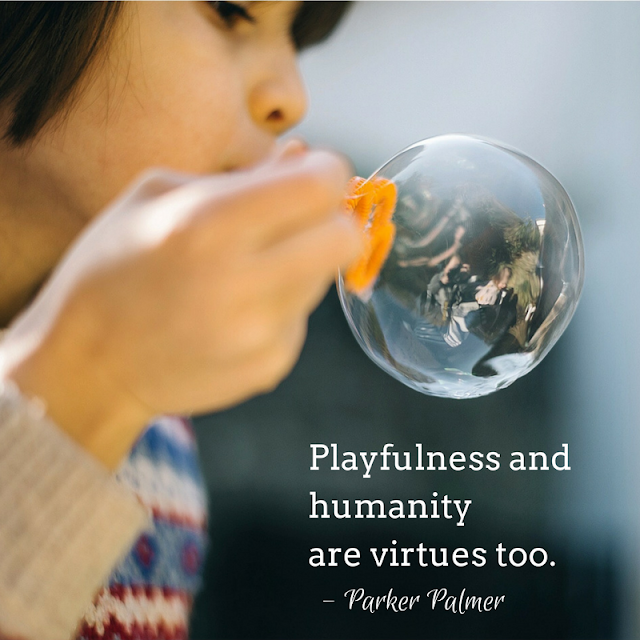 Memorial day weekend plays a dual role in modern America - offering an opportunity to honor those who died in active military service and ushering in the beginning of the summer holidays. Here's hoping summer offers us all an opportunity to practice the art of playfulness and live in awareness of the great freedom and vulnerability of our humanity.
Posted by kchripczuk 1 comment:
Email ThisBlogThis!Share to TwitterShare to FacebookShare to Pinterest
Labels: identity, play

As Much As There Is 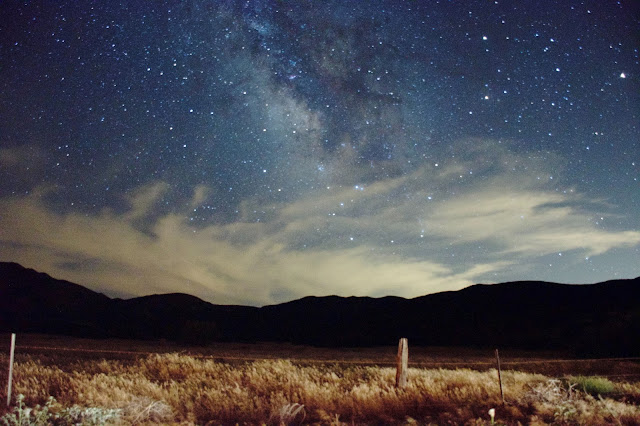 He catapults out of bed in the middle of the night and I hear his bare feet slapping against the hallway’s wooden floor as he hustles through the darkness.  All of this comes to me as sleep’s heavy shadow gives way to a dim and growing awareness.  Then, he stands beside the bed.

“What?” my husband mumbles.

“Ok, Levi,” my husband replies, his voice clearer now, rising to meet his son’s offer of love.  “I love you too.”

“Good night, see you in the morning,” my husband answers, completing the call and response.

Levi runs back down the hallway and sleep descends again upon our house.

“I love you as much as there is” is the latest attempt in five-year-old Levi’s ongoing effort to verbalize the depths of his love for us which, apparently, is particularly intense around two or three in the morning.  He’s fascinated by math and, for a while, tried using the biggest numbers he could think of to express the magnitude of his love.  “I love you 100 times 100,” he would say.

But it wasn’t enough.

He knows there are bigger numbers and he doesn’t want to undersize his love.  So, for now, he’s sticking to the enigmatic phrase, “as much as there is.”

Last night, before I fell back to sleep, I saw for a moment the simple humility of that phrase – a child’s willingness to believe in and try to convey that which is beyond words.

The apostle Paul, struggling to convey God’s love to the church at Ephesus, put it this way,

“I pray that you might have the power to comprehend, with all the saints, what is the breadth and length and height and depth, and to know the love of Christ that surpasses knowledge (Ephesians 3:18-19).”

Paul tries to sketch out the dimensions of what he realizes is beyond description, he prays for the Ephesians to somehow receive the ability to comprehend the incomprehensible.  In so doing, he invites them – invites us all – to enter into the depths of God’s love which is both measurable (because it exists) and beyond measure (because of the limits of human comprehension and communication).

Paul’s prayer comes to us like a voice in the night, the words of someone struggling to communicate what he clearly knows is beyond communication: God loves you as much as there is.

Slow Down (an invitation) 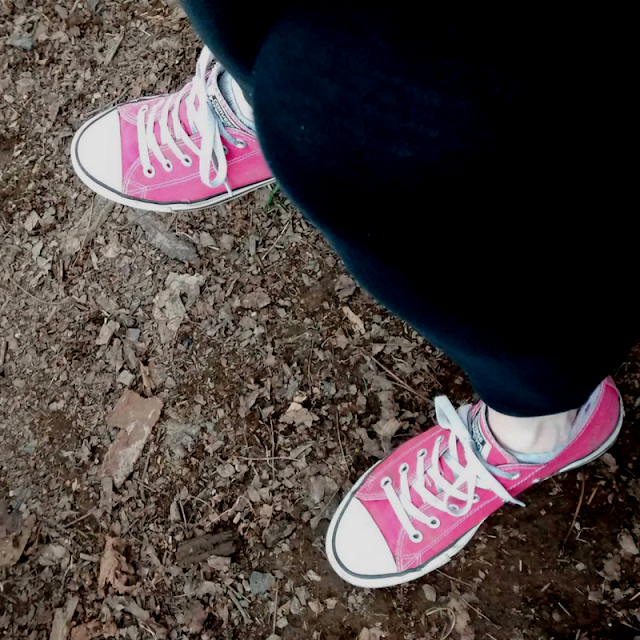 (I call this picture "Converse in the Wild")


slow down,
just be

be still
be present

listen to, and dwell in, what is
here, now, this moment

what love?
what fear?
and what possible doorway
between the two?

(grace, always, is the door)

A Painter Stopped By, Out of the Blue 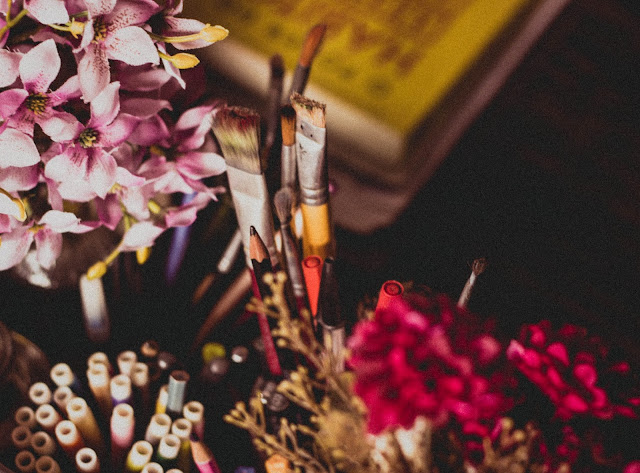 I started painting because we couldn’t afford to buy art to hang.

Driving home from the grocery store one day with the twins buckled in to their car seats in the middle of the van, I eased around a corner, down a steep hill in a wooded stretch of road and saw several large framed paintings and prints in a stand of overgrown brush, leaning against a tree.  I quickly pulled over to the side of the road, popped the trunk, and pulled the paintings inside.  Two, in wood frames with glass, showed hunting scenes, ducks rising out of wooded brush.   Another was a large print of a white wicker basket overflowing with pink, teal and baby blue flowers, something your grandmother might have hung over her couch in the eighties.

I bought magenta paint, turquoise and midnight blue and started painting over top of the prints and on other found canvases.  I borrowed more colors from a friend.

I started painting because the bright colors made me happy.  The slick movement of spreading paint across a surface was calming, like coloring with crayons, like trailing your fingers through fine sand.

I painted words and hung them on the walls of our house like tattoos.

Last week, a real painter stopped by our farm house.  He paints in oils, sells his work in galleries.  He wanted to know if he could take pictures of our chickens, our polish rooster in particular.

“It’s always nice to meet another artist,” I said.

He showed me pictures of his oil paintings, scrolling through the images of landscapes and farm scenes on his phone. I didn’t show him my paintings, which suddenly felt like child’s play.

Later, after he left me with his business card in hand, I looked him up online.  His website is outdated.  I found grammatical and spelling errors and was pleased.  He, at least, is not a word person.

I wondered if his visit was the encouragement I had prayed for fervently that morning; prayers filled with longing, prayers beyond words.  But after he left I looked at my own work with a cutting eye.  It’s hard to write when you’re discouraged, hard to create when you don’t believe.

When I returned to my studio, my computer, I saw that a friend had sent a message about a job opening – an opening for a position I have kept an eye on for years.  I looked it up.  The job is full time, in my field.   It would leave no time for painting, for writing, for working at the library.  But, in exchange, there would be money, status, a title and many other things I image are more substantial, more valuable, than words tattooed on walls with stencils and acrylic, words strung across pages, hung like spiders’ webs, simultaneously sturdy and insubstantial.

I had asked the painter whether he retired before painting full time.  He smiled and said, “In a way.”  Then, he explained that they live off of his wife’s job.  I told him about my husband who works for the state.

“It’s a good steady job,” I said, “but we’re not getting rich.”  I didn’t say what I meant, which is that we’re not making ends meet.

I told him about working part time at the library, about adding a tab on my website for design services.  “But how much can I do?” I asked myself aloud and him, because he was standing there.  “How much can I do and still be able to write?”

He didn’t have an answer.  But he said he’d stop by sometime to take pictures of the chickens, the view of the fields, the distant mountains across the street.  I told him if he was going to take pictures of the hens, he’d want some of our handsome black cat too.  Maybe he will set up his easel here sometime and paint plein air.  The kids would love that, I would too.

A letter came in the mail recently, notifying us that the farm land across the street is in the process of being rezoned; if the local vote passes, it will be protected farmland, unable to be sold or divvied up for development.  We never expected to buy a house like this with its view of open fields and rolling hills in the distance.  We’ve often assumed it would someday be sold for development like so many of the surrounding fields.

I mentioned the rezoning to my Dad the other day, over lunch.  “It’s good for us,” I said. “Value-wise,” I added.

I don’t know why I said that, though.  Maybe because that’s the way he thinks, the way he talks, in dollars and cents.  But, the truth is, we don’t want to lose the view to progress and development because we love it.  It's something like the way I don’t want to lose my life with words and paint to a paycheck and a title: I love it.

I started painting and writing because I needed to. 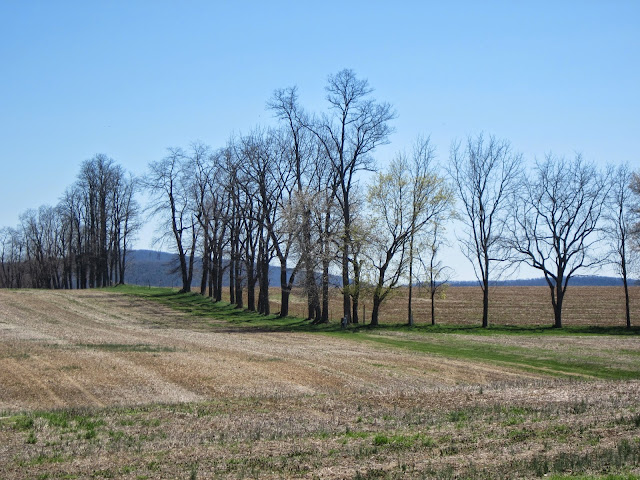 Our kitchen has a drawer we refer to as “The Snack Drawer.”  Unlike “The Weapons Drawer” – which is a thing of my five-year-old’s making and does not actually hold weapons, but instead holds things that could potentially be used for weapons – The Snack Drawer, as its name would imply, does hold snacks.

Each of my four kids are allowed to have a snack during the day at school, so each of them reaches their hand into The Snack Drawer once every morning or two to grab something to stash in their backpack for later in the day.  Some things in the snack drawer (like Cheezits or Goldfish crackers) are considered to be top notch, and these go first.  Mid-level snacks (like pretzels and granola bars) go next.  Last resort snacks include, but are not limited to, boxes of raisins and things they claim to be allergic to.

On a recent morning, a murmuring and rumble of discontent arose in the kitchen as three of four kids stood peering into the snack drawer.  From where I stood, near the kitchen sink, I could see the drawer wasn’t empty.  But still, they complained.  I moved in for a closer look and the children split like the sea and lifted their gaze from the near-empty drawer to me.

It was, indeed, time to replenish.

I went to the pantry in the laundry room and pulled out the box I’d been saving.  I carried it into the kitchen, with the twins trailing behind me, and held it high over the open drawer.  I tipped the box, dramatically, and assorted snacks in red packages, orange and green, poured down like rain.  The kids circled and pawed at the pile, as though I’d cracked open a piñata.

My one son, the one with the Weapons Drawer, grabbed an off-brand peanut butter granola bar.

“Mom!” he said, in a deep voice he puts on when he feels the moment demands, “I LOVE THESE!”

Isaiah, exuberant in the face of so many good choices, eager to hoard the things he loves best, announced that he was going to take four or five snacks to school with him that day.  I quickly restated our one snack a day limit.

That moment, with its flash of color and exclamations of delight hangs, like a snapshot in the corner of my mind.  That's what God's like, I think.  God - the giver of good gifts, the filler of drawers we once thought too empty or sparse to satisfy.

* I'm well aware that too often 'the drawer' of life is empty, sparse, or filled with things we'd rather avoid.  But, scripture is clear that there may not always be a direct correlation between the circumstances of our lives and the character of God.  So, rather than drawing conclusions about God based on what we find in life's drawer, we might be better served to see the good things as signs of God's presence because, even in the midst of life's struggles, we can still be certain of the God's character.