Return Again: The Blessing of Being a Prodigal (#SmallWonder Link-Up) 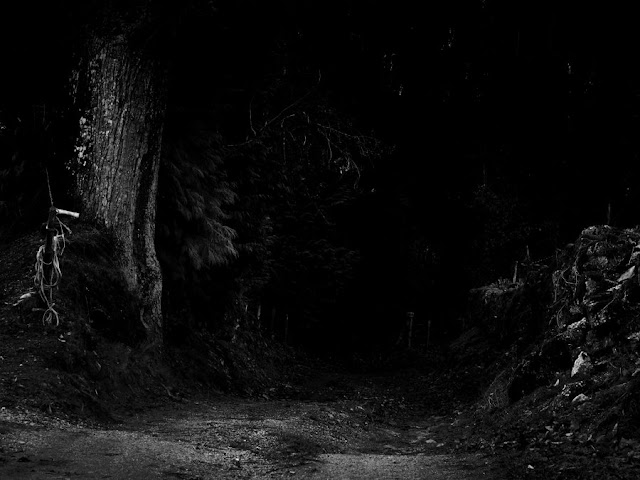 After the meeting I feel depleted, empty.

I return home to the house, the woodstove, the dog and cats, the gerbils tucked together into a tight ball in their plastic tunnel.  This internal absence follows me and I try to open my hands, my heart to it.  I feel lost and far from home, not the physical concrete place with the smell of animals and the constant tumbleweeds of shed hair, but the place inside of me.

I pile wood on the fire in the wood stove and reheat old coffee which I forget to drink before trading Chuck Taylor’s and jeans for wool socks and leggings.  I roll out the yoga mats and cue up a fifteen minute video, hoping to find a pathway home through the stretching out long of legs and limbs and torso.  The little cat winds between my legs, leaving a trail of fur in her wake, then throws herself at my feet, purring.  Bent, with my palms to the mat, I rub her ears, her neck, and her eyes close in pleasure.

I follow the routine.  Opening, bending, breathing, moving as I am led until, at last, I’m seated on the mat, the video complete.  The practice fails to work its magic this time.  I’m closer to home, but still carrying a distance within.

It’s then I think of the prodigal son, his leaving and the dissolution that precedes his staggering return.

Every day, I think, that’s me.

In the parable, the younger son traveled to a distant land and “squandered his property in dissolute living.”  I used to think the point of the parable was how the prodigal son lost himself, but now I see the heart of the matter isn’t how he’s lost, but that he is lost.  Like the older brother who imagines his brother “devoured” the father’s property with “prostitutes,” I imagined dissolute living referred to carnal sins, hedonism in all its various forms.

And maybe it does.

But a quick look at an online dictionary tells me “dissolute” comes from the Latin root for the word “dissolve.”  We know the son’s inheritance has been squandered and dissolved, but the prodigal’s turning point has little to do with money lost or sins committed and everything to do with identity.

“But when he came to himself,” the story goes.

A Jewish boy, feeding pigs in a foreign land – these external characteristics serve to communicate how very lost this boy has become.  And what identity is it that he’s lost?  It’s not his identity as one who does or does not sin, but rather his identity as one who has a place of belonging.  The boy’s return to himself is intertwined with a return to his father or – as Parker Palmer puts it, the question (or realization) of “who am I” leads, inevitably to the question (or realization) of “whose I am.”

It’s not so much that the prodigal sins, but that he spends his very soul, allowing himself to be dissolved of identity or, more clearly, this is the way in which he sins.  It’s not that his carnal sins don’t matter, but that they merely reflect an inward dissipation.

And if this is the case, then yes, I am so very much like that prodigal.

Every day I wander dispensing my gifts as though through their service I might gain some intangible thing – identity, respect, belonging, maybe even also love.  And sometimes in that process I come dangerously close to losing the one thing Jesus says is most valuable of all – soul, spirit, identity or true self.  Richard Rohr refers to it as the “Immortal Diamond.”  A diamond never meant to be spent, traded or squandered, no matter how great the reward.

The good thing about realizing you are in fact the prodigal is in that very moment of recognition lies the invitation to return.  The very awareness of lostness carries within it, like a seed, the memory of belonging.

Here is where the spiritual disciplines begin, practices which over centuries have been affirmed to help us find the path toward home.  The prodigal is not only one who is lost, but one who returns.

The most blessed thing about being a prodigal over and over again, which is the case for each and every one of us – is the opportunity it affords us to become experts in the journey toward home.

We finally have a #SmallWonder button!  If you want to use it, simply copy the image, then add it to your post or sidebar with a link to www.afieldofwildflowers.blogspot.com.

Are you or do you have writer friends local to the PA, Maryland, New Jersey area?  If so, would you consider attending or sharing the information about the upcoming writing retreat to be held here at the farm house?  You can find more details under the Writing Retreat tab.


Welcome to the #SmallWonder link-up.

Posted by kchripczuk
Email ThisBlogThis!Share to TwitterShare to FacebookShare to Pinterest
Labels: #SmallWonder, parable of the prodigal son, scripture