Beyond Logic (Why We're Considering Getting a Dog) 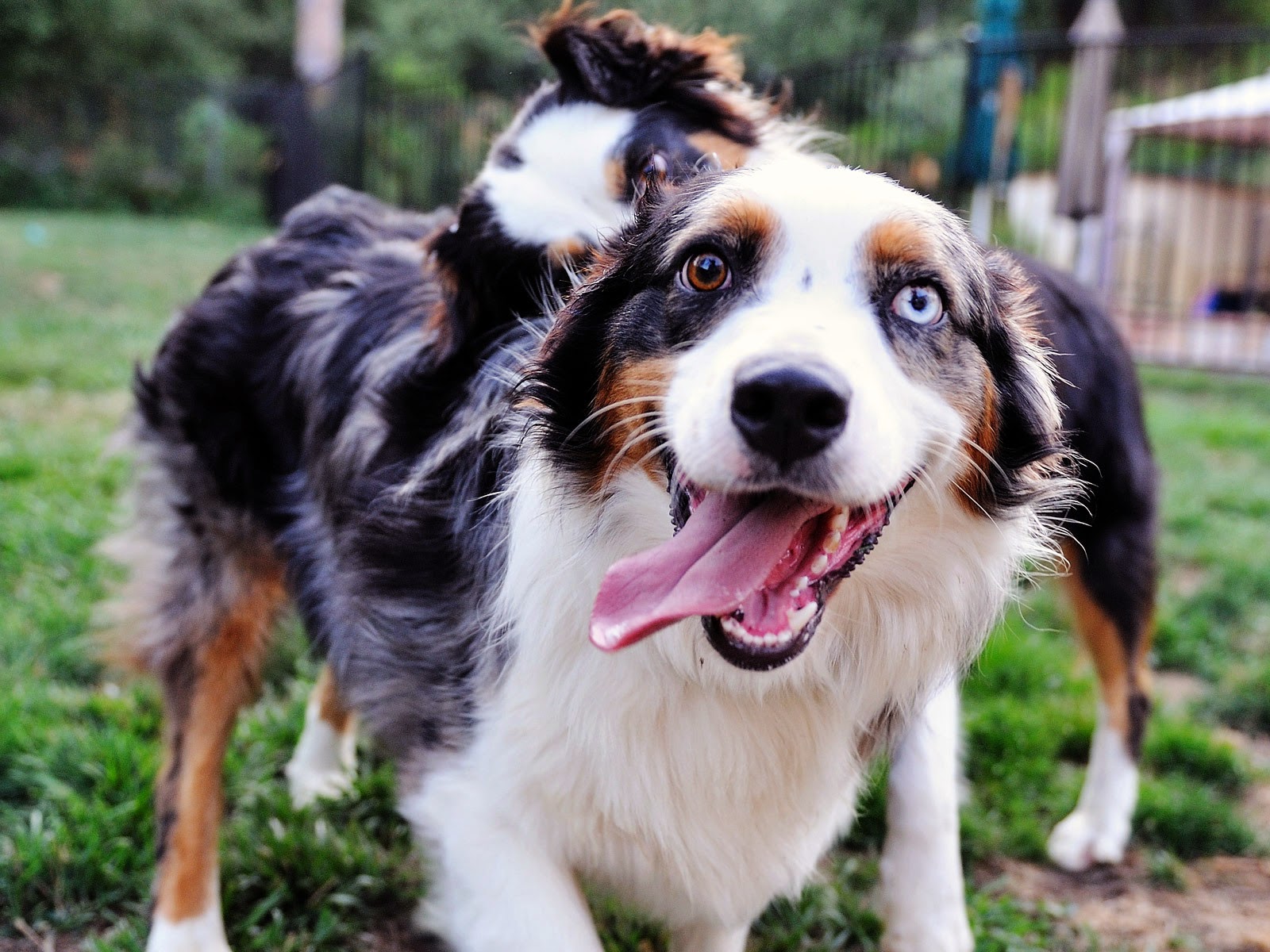 (Can you even believe how wildly happy this dog looks?!)

Deep in the human unconscious is a pervasive need for a logical universe that makes sense.  But the real universe is always one step beyond logic. – Frank Herbert

My best friend from seminary had two dogs – two basset hounds to be exact.  One brown and one black, they followed us on long walks along the canal path that ran behind student housing.

Two dogs in a small seminary housing apartment is a lot.

Later, when she finished her doctorate and began teaching, we visited her and her husband at their new home.  By then they had three dogs, having adopted a little blind dog (whose breed I can’t recall).

Three dogs, even in a spacious home, is a lot.

Maybe that’s why my friend felt the need to explain their newest addition.  “We just felt like maybe something was missing, like maybe we could have more joy in our home,” she said and I knew exactly what she meant.

I was working part time as our church’s Associate Pastor and our kids were two and four.  Lying in bed late at night my husband and I let questions rise and float into the air above our bed.  We were wondering about a third child, wondering what we wanted and why.  Mostly we were convinced that we were unsure and we resolved that waiting awhile might make the most sense.

But that question of more joy, that sense that we were on the edge of a tipping point toward something more, it circled us like a tempting fragrance, subtle, suggestive, inviting.  Looking back I think what we were sensing was the possibility of a larger life than we’d imagined for ourselves, a desire to fall head-over-heels into a good and spacious place.

The unexpected arrival of twins tipped us, for sure.

It was, to put it mildly, terrifying, perhaps even apocalyptic.  It was the end of many things and the beginning of many more; it was as Merriam Webster defines ‘apocalyptic’ – wildly unrestrained.

It quite often may give the appearance of disrespectability.

I was talking to a friend the other night and she mentioned plans to pick out a puppy the next day.  They already have three dogs, several goats, cats and chickens.  She said her husband looked at her as they stood in the kitchen earlier that day and asked reflectively, “What are we doing?”

She had always wanted a Basset Hound and I told her over the phone, “Sometimes you just have to lean into the joy.”

Lately, sigh, we’ve been talking about getting a dog.  We have two cats now that were delivered by a dear friend the day after I was released from a week-long hospital stay this past summer.  Getting two cats directly after a nervous break-down of sorts was not a logical decision, but they’ve brought us a lot of joy.

We have four hens and four kids and endless lists of home repairs as well as a steady stream of laundry and dishes.  This all, for two adults, is a lot.

Getting ready for bed the other night we were again discussing the idea.

“Why would we get a dog?” I asked, sincerely and my husband, sitting on the side of the tub, began ticking off a long and rambling list of reasons.

Interrupting, I asked, “Are you trying to give flimsy answers or are our reasons really that flimsy?”

“No,” he said, smiling, “those were real reasons.”

Sometimes you just have to lean into it – at least that’s what I hear.

Sometimes there are things worth grasping that lie beyond the confines of reason and logic, things that require a tipping of sorts, at least one heart-in-your-throat moment of wild un-restraint.

When have you been moved to do something that didn’t “make sense” for the sake of joy?  What’s the last time you found yourself “wildly unrestrained”?

Linking with #TellHisStory and Give Me Grace.