Come Rest With Me 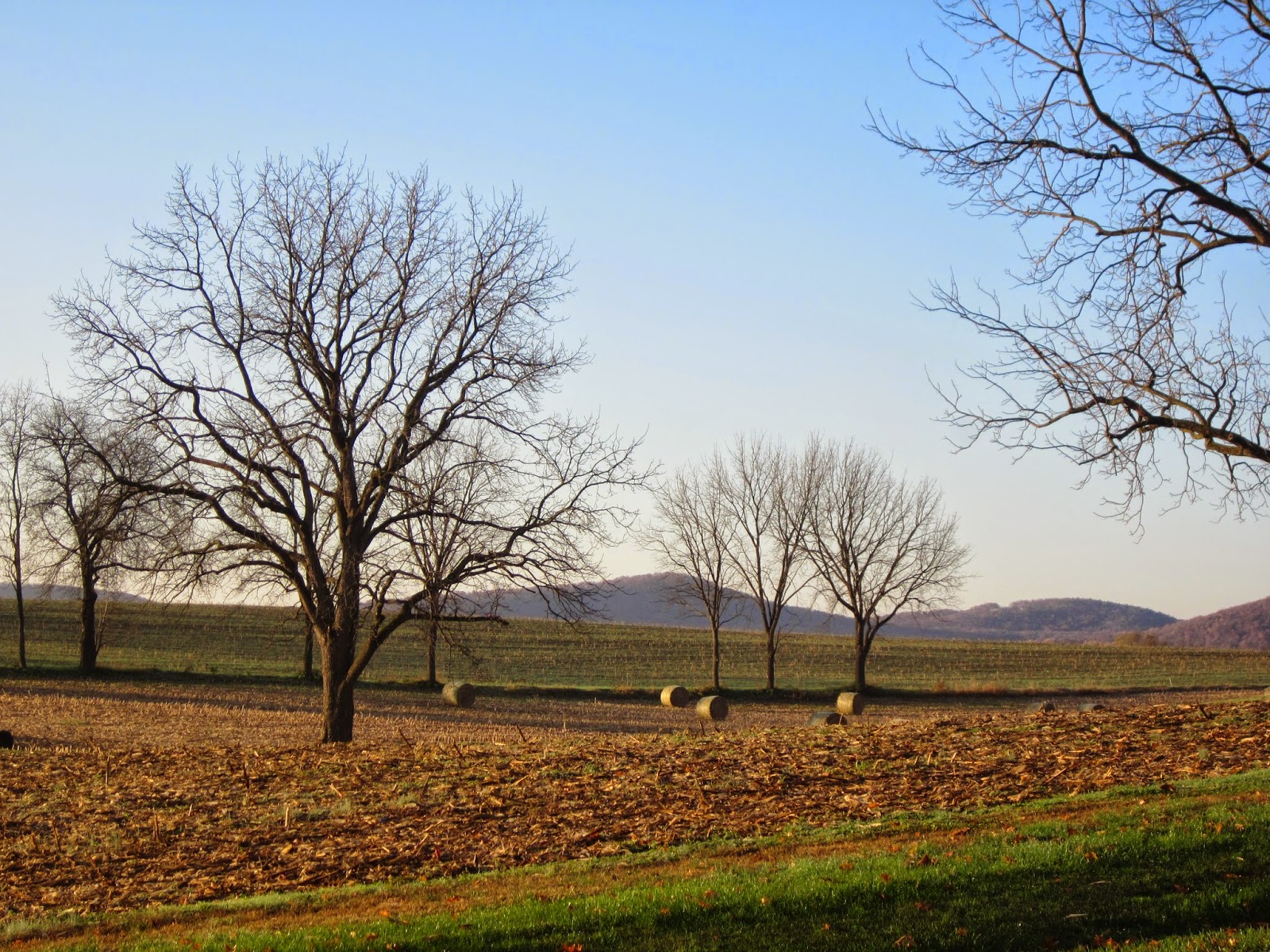 The cornfield across the street preparing for its winter nap.

The only way I can get my three year old twins to nap is by joining them.

It started last week, the day after a horrid night of fevers and chills that kept the littlest one and me up until well past one a.m.  The fever broke by morning, but we were all haggard with a chest cold that refused to let us go.  I don’t remember how we made it through the morning, but by afternoon I had only one priority: sleep.

My boys gave up napping last spring and since then we’ve instilled a daily practice of “quiet time” which is routinely loud and filled with interruptions, arguments, loud crashes and the daily dismantling of their entire room.  The other day I ventured upstairs to investigate an alarming racket and found one boy hammering the pine paneled wall above his bed with a giant metal hammer.

Most days I flee to the kitchen during the “quiet” hour, the room from which I can hear the least.  One day a few weeks ago I laid down on the kitchen floor and took a nap on a small rug, right there beside the sink and cupboards; I curled up like a cat.

After lunch last Wednesday I announced my plan – we would be napping, together.  The boys were excited, curious.  Where would I sleep?  Would I have a sleeping bag?  Would we really all be in the same room?

I tucked them in with their blankets, curtains closed, lights out.  They watched me stretch out on the thin wool race car rug with my pillow and a fleece blanket.

I lay still, sleep settling like a fog and listened as they each sat up to peer at me as if to call my bluff, but I stayed silent and still and one by one they took it as truth – we were going to sleep.

Isaiah was first to give in and I listened as his breathing deepened, his body relaxing into a restful rhythm.  Levi tossed and turned, fidgeting, then he took up his stuffed kitty with the rattle inside and began shaking it rhythmically, forcefully.

He laid the cat aside and I don’t know which of us fell first, but two hours later I woke to the quiet of two still-sleeping boys.

They LOVED that we napped together.

Yesterday I pulled the trick again.  Since the change to daylight savings time our rhythms of rest and wakefulness have been oddly skewed by early morning waking and early evening meltdowns.  My boys were tired and needed rest, so I tucked them in again, this time leaving the room to head downstairs for a much-needed break.

They were quiet, but restless, tossing and turning and I knew with certainty it wouldn’t be long before the whispering, then shouting began.  Sitting at the computer I could feel my own exhaustion weighing me down and eventually I gave in.  Climbing the stairs with a pillow and blanket in hand, I pushed their bedroom door open to find two bright-faced boys sitting up in bed.

I sent them to the bathroom, then tucked their blankets in again.  I told them we would all be napping and stretched out on the dirty blue rug with my cell phone on vibrate beside me so we wouldn’t over sleep and miss the bus bringing the older kids home.

Isaiah fell first again and Levi and I had our usual back and forth, then we all sank together in that small dark room.

I’ve been learning lately about the sacredness of rest; how sleep can be prayer and worship rolled into one.  In the silent stillness of my boys’ room, I felt us all enveloped by the holy, as though returned to the womb of life, the place where we’re nurtured in darkness and formed in our inmost beings.

I’m teaching my boys the art of surrender, of giving in to the body’s need for rest – here, lay your head down like so, cover yourself, be still, be silent – or is it they who, in their evident need, are teaching me?

This is what I pondered when I woke before them yesterday and slipped downstairs to stare out at the empty cornfield with a sleepy kitten in my lap  – how rest is a learned behavior, something modeled.

Resting with my boys, I am reminded again that God rested, right there in the beginning of the bible, before all of the other good and exciting things, God took a day off.  Almost as if God was sure we would never figure it out on our own.

I believe God rests still, with us, when we stretch out long on an old wooden floor or snuggle up sweet like the twins in their big boy beds.  God models rest and invites us in whispering as the silent night settles and wraps her wings around us, "Here, lay your head down like so, cover yourself, be still, be silent, rest."

This post is linked with Playdates with God , Unforced Rhythms, and #TellHisStory.
Posted by kchripczuk
Email ThisBlogThis!Share to TwitterShare to FacebookShare to Pinterest
Labels: God, mothering, prayer, presence, rest, twins, with