Life is a Field (this is not a Detour) 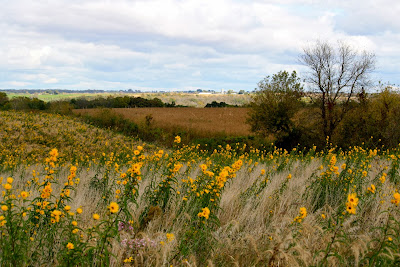 Out beyond ideas of wrongdoing and rightdoing
(or wrong turns and right turns),
there is a field.  I'll meet you there.
-Rumi
*   *   *﻿
If life’s a highway, then I’m in trouble.

I felt good when I turned 30, knowing I had checked off enough boxes on my to-do list. I was trucking right along.

I forgot where I was headed and why.  I started to notice little things on the side of the road, signs pointing in different directions.

and then more children.

We filled a sedan and then moved on to a van (it’s full now too).

When I was in graduate school I had the definitive sensation that life was a race (an academic one to be sure, no sweating involved). Success demanded that we perform like those inconceivably tall, thin runners who win Olympic medals – stripped down to a tiny pair of running shorts and the lightest of shoes, pressing on toward the prize, forsaking all else.

I was good at running that race, it came naturally to me and the rush of running, of living like that, was amazing. It was like a drug.

We lived just outside of Princeton, within a block of Rt. 1, a major four-lane highway with cars rushing endlessly in both directions.  But when we headed West on Route 1, away from Princeton and onto the PA turnpike, traffic slowly began to lighten. The view along the side of the road changed from gas stations and box stores to woods and open fields. Sometimes there were deer grazing and, if we looked closely, we might see a cat out hunting or a hawk resting in a tree.

Driving along a change would come over me as the space around me opened up. I could see the horizon in the distance and seeing it, knowing it was there, I found myself less compelled to rush endlessly after it.

The college I attended had a trail that ran through the woods with paths branching off to a creek and an old farm field. There was a tree in the middle of the field, as there often are, where farmers used to tie their horses to stop and rest at mid-day or enjoy a picnic lunch.

I used to go lie in that field on a blanket beneath the sun and breeze.

When you lie down in the middle of a field time and space open up around you. There’s no highway, there’s only the present – weeds and flowers, bugs and air, sun and sky – and you are small and in the middle of it all and it’s not a bad feeling.

There’s no one path through the middle of a field that’s lain fallow for a long time. There are many paths. Some made by deer or mice. Places where the grass is pressed down for resting or the earth is dug up for a home or hideout. There’s no end and no beginning, there are many sides; no from and toward, only here and not here.

This isn’t to say there’s nowhere to go, only that the pressure to go or stay disappears and exploring the field becomes a joy rather than a chore to be checked off of the eternal to-do list.

Let me tell you something else – I have found God in that field.

Now don’t get me wrong, he’s in the highways too, traveling with you in your car or van, but I most often find God in the fields.

He likes to hang out there on off days. I’ve seen him sprawled out on a blanket with a book in hand or just staring at the sky (God’s especially fond of looking for pictures in the clouds). Or sometimes flying a kite, enjoying the tug and pull of the string as the kite swoops and glides.

Man, I keep thinking about that field more and more these days.

I don’t live by the highway anymore, just on a small side street in a semi-quiet town. I’m trying to let myself believe my life isn’t a highway.

Maybe all of the blessings that keep cropping up in my life, the ones that don’t fit into the plan and seem like distractions, are like wild flowers popping up scattered in a field.

I’m starting to believe it.

Maybe there’s nowhere else I have to be.

If you feel the need to keep on trucking, Godspeed and traveling mercies to you, but if you get tired and need a break, don’t forget about this field – I’ll be here.

There’s plenty of room, feel free to pull over and rest for awhile.

This post is linked with Playdates With God and #ConcreteWords.
Posted by kchripczuk
Email ThisBlogThis!Share to TwitterShare to FacebookShare to Pinterest
Labels: contemplation, life, nature, rest, slowing, spaciousness, vocation