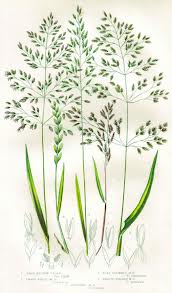 ‘Tis curious that we only believe as deep as we live.  Emerson, Beauty
She was bent at the waist, plucking at the ground near the swings, hunting and pecking like a chicken and I thought for a minute that maybe she’d lost something.  When we reached the swings, she straightened and turned.


“I’m not crazy,” she said, “I just like weeding.”
Then she turned and bent again and continued pulling the weeds that grew scattered across the wide expanse of mulch, moving from patch to patch like a frog crossing a pond on lily pads.
She was white-haired and thin and as I watched, did not appear to be overly crazy.
I lifted the boys onto swings and rotated from one to the other, pushing on their soft, solid backs while my older two swung like monkeys, maneuvering the swings in every way possible save for the way they’re intended.
“When you grow up as one of ten,” she said, “weeding all the time, it’s hard to stop.”
“Well, it’s satisfying,” I replied.  Then, though she didn’t hear me, “I miss my garden.”
*   *   *
“I’ll be so relieved when we have a contract on a house,” I said one evening as we cleaned the kitchen, “so I can live in the future instead of having to live here and now.”
Since selling our house, we are living in-between in a place that is not lovely.  The walls are bare and white, the windows hung with three dollar blinds and I don’t want to spend a dime or an ounce of energy on improvements here that could be used on a “real home” when we move.
“I feel like I’m in a cage,” I say, when my husband gets home and I pace from room to room.  Turning to the windows for an escape, I’m disappointed to find the neighbor’s old siding, the deli sign across the street that blinks continually , “O – P – E – N.”
*   *   *
I watched her hands, wrinkled and tan, as she drew closer.  She held a small metal tool that loosened each weed, then pulled them out root and all.
She didn’t seem to mind that it wasn’t her garden, her mulch or, even, her weeds.
She kept right on clearing the area, one by one, like the man in that story of the star fish dying on the shore, tossing the weeds aside, handful after small handful.
It seemed futile, it was futile – the Crabgrass, the Plantain and Mallow, all sure to re-grow, to spread again.
Watching her bending, gathering, I thought of Elijah’s widow gathering sticks outside the city wall.  The old woman clutching the dry branches, gathering what she needed to return home and build a fire and bake one last meal from a few bits of oil and flour.  To the observer, her actions would appear futile, but she was a gatherer, a baker, a mother, so she lived while she still could and her living became belief.  The oil continued to flow, the flour was enough.
I thought of the boy with two loaves and the fish, his hands small and shaking as he offered the meager meal, extending on skinny arms the too small, not enough.  To the observer, his actions were futile, but he was a giver, provider, so he lived who he was and his living became belief.  The bread and the fish split into a million pieces like light refracted through the prism of Christ's touch and it was enough.
*   *   *


I am going to have to start living here, I tell myself.
If I stop living and keep pacing, I may well stop seeing.  And if I stop seeing, for example, the branches of the gentle oak tree that wave softly to me when I lift the blinds and glance in their direction, then it will be because I’ve stopped believing.
I’m going to have to deal with the boxes in the back room and hang hooks on the wall for the backpacks and coats that will come and go this whole winter long.  I’m going to have to find a place for things, to tend my plants, to nurture bits of beauty and light and to write it out when I can, because it’s who I am and then, maybe, my living will also, please oh please, become belief.
Posted by kchripczuk
Email ThisBlogThis!Share to TwitterShare to FacebookShare to Pinterest
Labels: anger, life, resistance, surrender