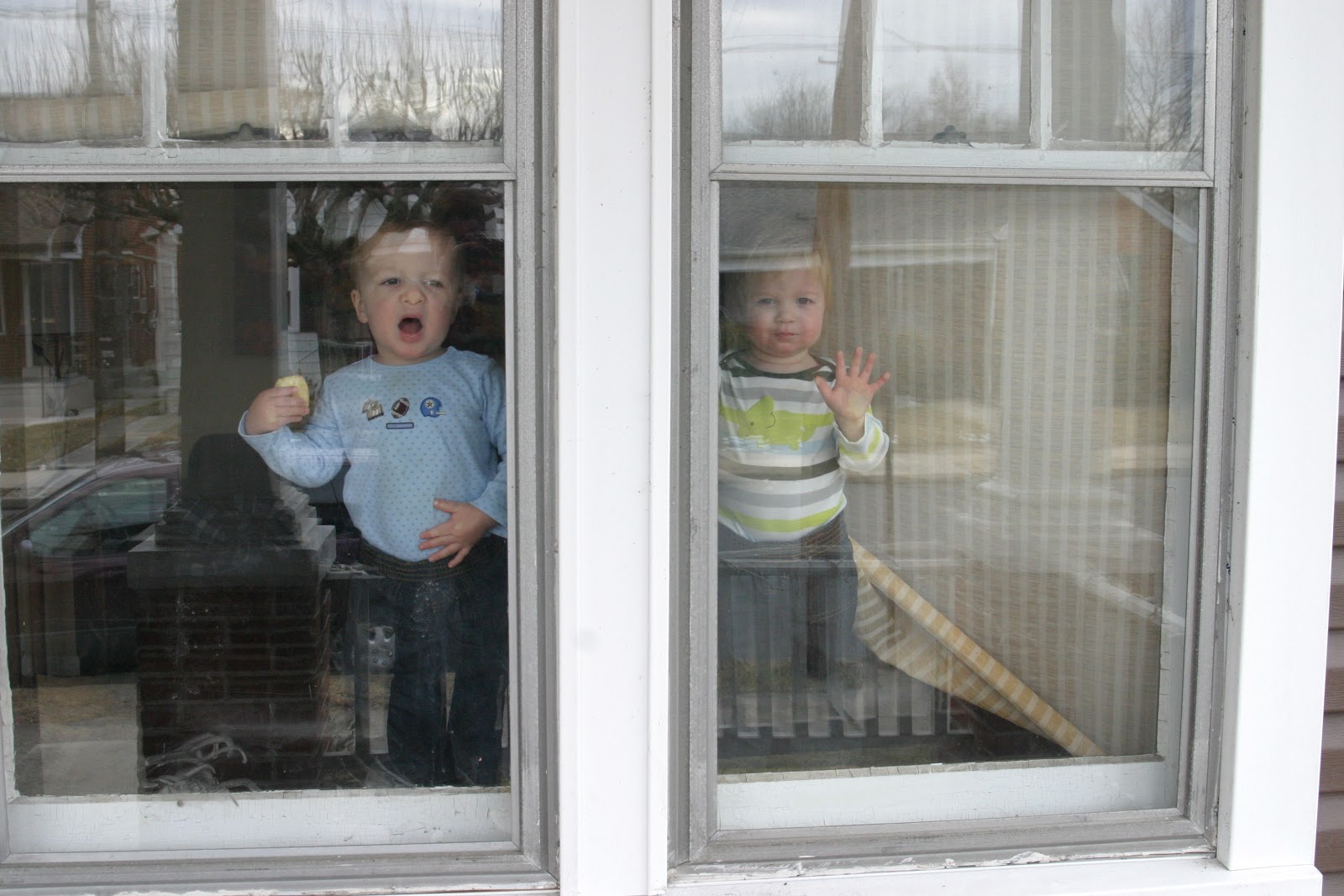 Year two with twins is the year of guerilla warfare, the year in which they form a tiny two-man militia bent on breeding destruction and disorder.  My one-and-a-half year-old boys are climbers and their little army is forever advancing toward higher ground.  Our couch is like one of the beaches of Normandy and they pour up and over the baskets they’ve moved, the books they’ve stacked, with focused determination.   If one falls, the other continues pressing upward and onward, climbing over his brother’s prone body, intent on “taking” the couch.


As I stand in the kitchen preparing lunch – provisions for the troops – I see them standing at the gate, plotting, checking and double-checking the safety-lock.  Decked out in their matching blue sleepers they look like navy seals swathed in footed fleece, smiling and chattering in their little code language.  They’ve already surged through the gate we keep around the computer and they’re eyeing up the one that leads to the kitchen and beyond to that allusive mecca of choking hazards – their older siblings’ room.
I’m heavy-pressed to maintain defenses against the ongoing onslaught.  It’s exhausting, overwhelming – how many times can I run into the living room just in time to prevent disaster?  How many times can a one-year-old hit their head, get the wind knocked out of them, before it causes permanent damage?
It occurs to me as I fight this daily battle for safety, for sanity and some small bit of life-preserving order, that this is what life feels like lately . . . won't you join me at Central Penn Parent Magazine to read the rest of this post?
Posted by kchripczuk
Email ThisBlogThis!Share to TwitterShare to FacebookShare to Pinterest
Labels: grace, humor, mothering, surrender, twins