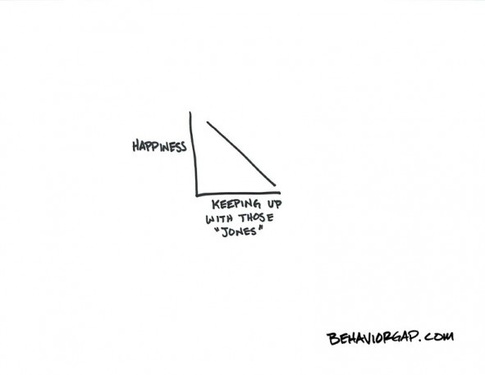 Given the addition of twins and my choice to stay home, most months find us juggling bills, making tough financial decisions and waiting for miraculous provision in one area or another.  Recently we overspent in the beginning of the month, which made the end unbelievably tight, so I vowed to “get by” on what we have.  This included, among other things, not buying tissues.  Given the number of allergies in our house and the propensity for every cold within a five mile radius to tear its way through all six members of our household, this would prove to be no small feat.


So we’re in the great tissue spending freeze and I’m pulling boxes from all around the house and vehicles as we slowly work our way toward a long awaited payday. We’re down to one box now and I’m hoping it’ll somehow multiply like the loaves and the fishes or the widow of Nain’s jars of flour and oil.  This isn't the first time I've done this sort of thing - one time I decided to stop buying soap until we'd used up every last drop in the house, including the oatmeal bars we made ten years ago, the random gifts of body wash from my second baby shower, and the tiny bars of Dove snatched from the free samples basket at the pediatrician’s office.
I’m prone to fret and fuss about money.  I hide it, count it obsessively, and shuffle it between envelopes and jars, storing up for times of need.  So when I see people who I know have quite a bit more money than we do still complaining, worrying, and fretting about money and life in general, I find myself thinking, “What can you possibly have to complain about?"  At times like that I have to refrain from blurting out unhelpful things like, “Are you kidding me, we can’t even buy tissues!”

God dealt with me on this awhile back, this belief that somehow things would be easier, that life itself would be better if only we had more money.  It had become a real issue for me, breeding bitterness, jealousy and envy that threatened my relationships with those I perceived as having more.  God spoke to me one weekend as I sat in a friend’s new home and listened to the unhappiness there, the fear and anxiety that weren’t so different from what I knew.  It was one of the few times when God has spoken so clearly to me and the message was, “Kelly, you wouldn’t be any happier if you had more money. ”

While I was training to be a chaplain I learned to type up and analyze conversations from my visits with patients and their families.  Part of the analysis involved noticing what myths the patient or chaplain were operating under during the conversation.  It was often easy to tell which myths were driving the conversation, which ones ruled over the patient’s life with a watchful eye, delineating truth, establishing boundaries and taboos with unquestioned authority.


We all have certain ideas that may or may not be true or helpful, yet somehow persist in shaping our view of ourselves and the way we ought to operate for things to go well in the world around us.  Although many of the patients I spoke with, prayed with and sat with were in crisis situations, it was also clear that much of their personal emotional anguish came from their beliefs about the world.
It may sound Pollyanna-ish, but attitudes and beliefs are often at the heart of our happiness and misery.  The things we believe about ourselves and the world, especially those that migrate slowly, gaining speed, from our hearts to our mouths and out into the air around us, hold great power over our lives.


*   *   *   *   *
God delivered me from the myth that money brings happiness, for awhile anyway.  But recently, visiting friends again, I found myself slipping, judging those with more, lacking compassion for their deeply felt fears and anxieties because I felt that the fact that they had more than me should solve the problem.  Internally I argued, reminding myself I’d been set free from the myth, but I could feel myself waffling, could feel my compassion and my own capacity for joy constricting.


Then we came home.  Home to our cramped quarters, littered with toys and socks, divided by wobbly gates to keep the twins safe, home to our emptying refrigerator, to our last box of tissues and I felt the tug of that old lie more fiercely yet.   I pushed back on it, though, and tried to remain centered in the truth until the moment when my husband turned on our PC.
The computer wouldn’t start, not in safe mode, not in regular mode, not in any mode.  We ate dinner and got the kids to bed and ran a test that revealed the worst – the hard drive was shot, dying, dead.  Then, oh my, did that old myth ever get loud.  It rolled its way round and round in my thoughts gaining speed, gaining momentum, gaining power as I gave in to exhaustion and frustration.


Then, in the quiet of looking for candles and flashlights to see us through hurricane Sandy, in the preparations for having, making-do with less, I heard that voice again only this time it said, “Everyone feels this way.”
Everyone feels frustrated, overwhelmed, powerless when their computer crashes.  Everyone feels like they ought to know more about it, ought to be able to, with money, control that which they cannot.  It helped me to see that the way I was feeling wasn’t due to a lack of money, but rather a lack of control in my particular situation.


I’m writing this because I don’t want to forget, don’t want to slip back into that old lie about money and happiness and I have a hunch I’m not the only one who’s fallen prey to it.  For me, the disciplines of presence and thanksgiving play a large roll in helping me to remember and remain rooted in the happiness and beauty of the life I do have.
Do you find yourself giving in to the myth that money brings happiness?  If so, how do you overcome it?
Great Tissue Spending Freeze Update: Just the other day I got ten boxes of Kleenex "for cheap" at the local bent and dent store. I guess we'll really be living large now, blowing our noses whilly-nilly, without a second thought, just for the sheer fun of it. Crisis averted.